Recap on the 2017 Salmon Season 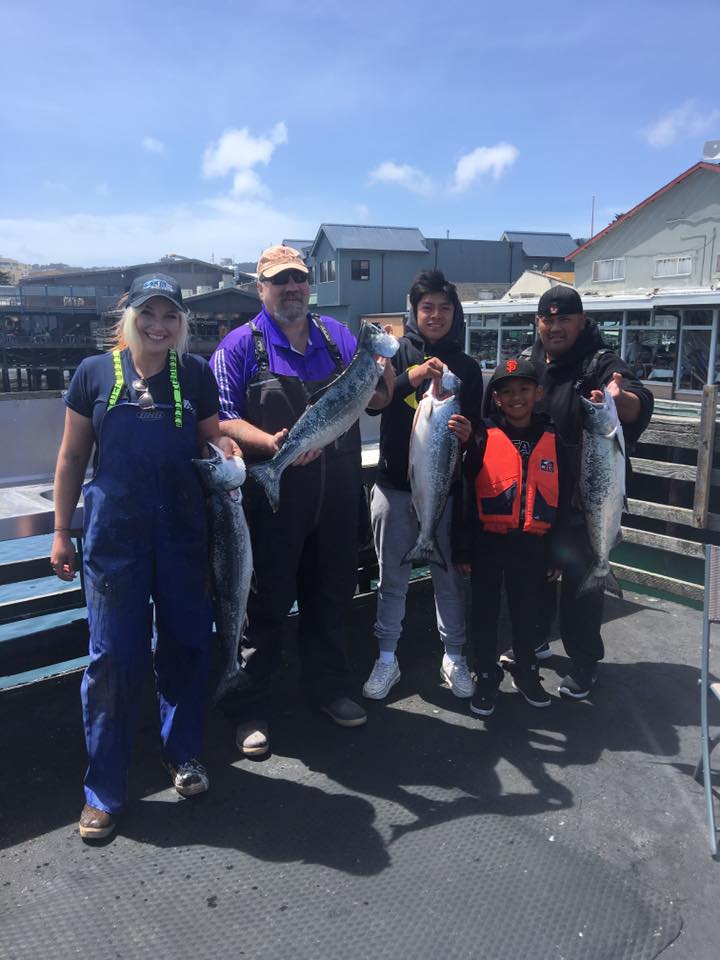 Our first Salmon season as a new company! Our crew learned a lot this season about the fishery and about fishing in general. Some of our crew has been commercially and recreationally fishing for salmon for years while others had their first season on the books.

Fishing has been tough the past few years as the fishery recovers from the drought that California experienced the past five years. We were willing to try all kinds of things to improve our ability to catch some fish. We cleaned up the vessels and got them in working order to troll in addition to mooch so we could be versatile in our tactics. We stocked the shop with trolling gear and mooching gear so that we could do either on the same trip at a moment’s notice.

There were still low numbers of fish this year, but some things did look optimistic as the season went on. The water this year was much colder than previous years and there were good numbers of anchovies in the bay for bait. Commercial salmon did get a season and we were able to fish through July 15th this year. (This was an extension from what we were given at the beginning of the season.)

We ended up with 15 fish at the end of the season which was more than triple what was caught last year. It was also the high boat for all the party boats in the bay. The fish we ended up landing were really nice quality and big fish – which was great to see. Toward the end of the season more fish came in to the bay as well. We ended up landing more than half of our fish on the troll this season – so it’s a good thing we did it!

Our favorite trip this season was when we landed five fish in one day off of Mulligan Hill. We had a light load on the boat so almost everyone got a fish, and we also had great looks at fish from the surface and on the meter the whole day.

Looking to next season we would like to continue to experiment and improve our gear and methods. We are entertaining the idea of limited load trips for trolling specifically and possibly longer trips too as we prepare to add a third vessel to our fleet.