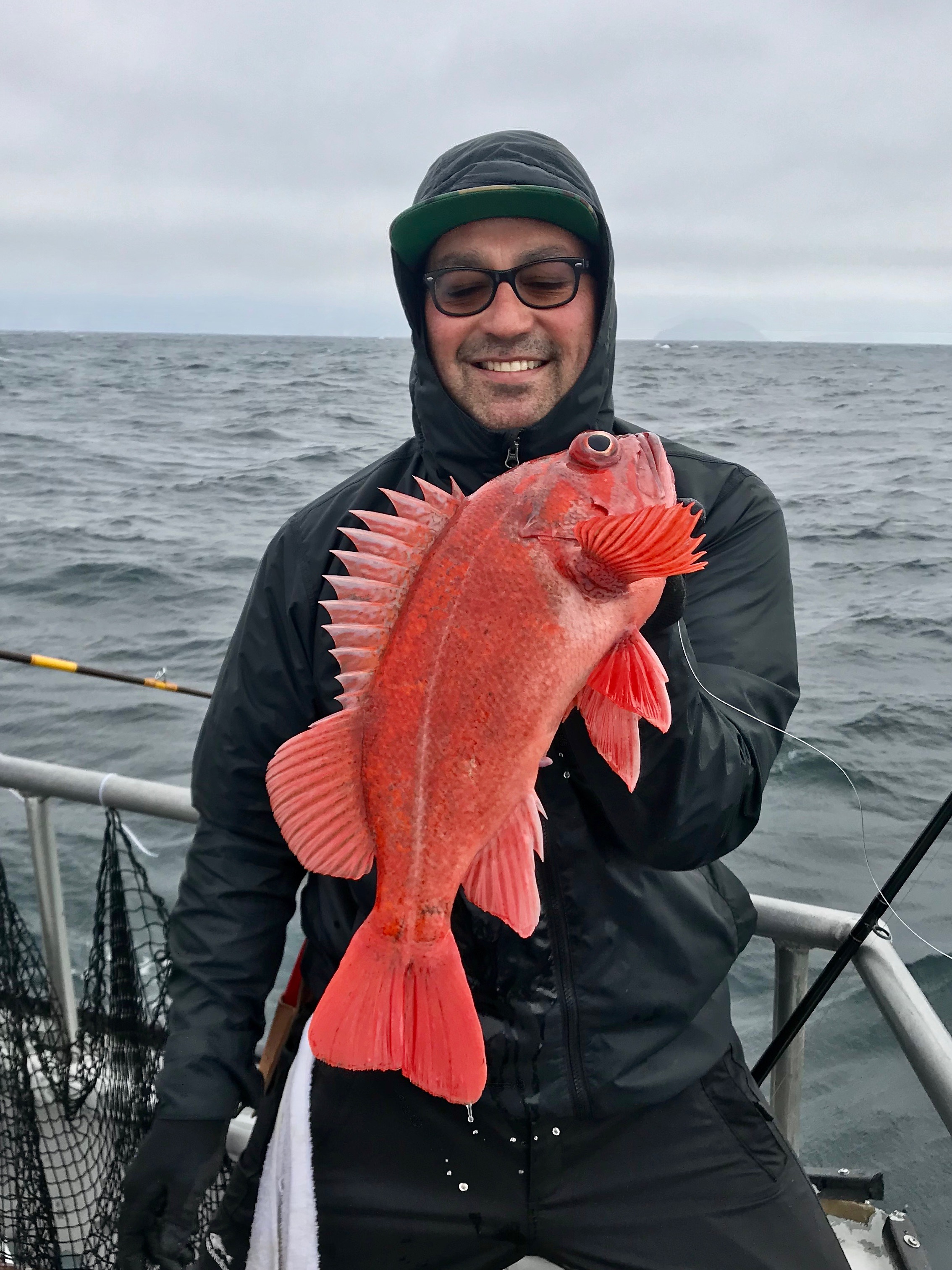 Today was a trip of hard earned limits. The forecast for the Monterey area was 10-15 knots of wind, which would have been nice. Almost as soon as we stopped to fish the wind was on us. Not 10 knots though, we had between 20 to 25 knots out of the Northwest. No drifting for us today. In order to stay on the fish and keep everyone comfortable I held the bow of the boat into the swells and the wind. Unfortunately when I hold the boat I don’t get to mingle with everyone on deck, but I had a job to do and fish to catch. All of the passengers were doing a great job of getting their lines where they needed to be and they stuck with it even when the boat was rocking and rolling. Nice fish were coming in at a steady pace. Average fish followed by a big fish followed by the random tiny little dink that snuck on. Fishing stayed steady throughout the day until our last stop. Final drop of the day we came across a massive school of fish. The bottom was 180 feet deep and we had fish from the bottom of the ocean all the way up as high as 40 feet! Every line that went down got stopped by big blues and widows. Sooner than I expected Monty yelled up to the pilot house that we were at full limits. It was a great finish to a day of tough weather.

-Captain Danny for the Sur Randy