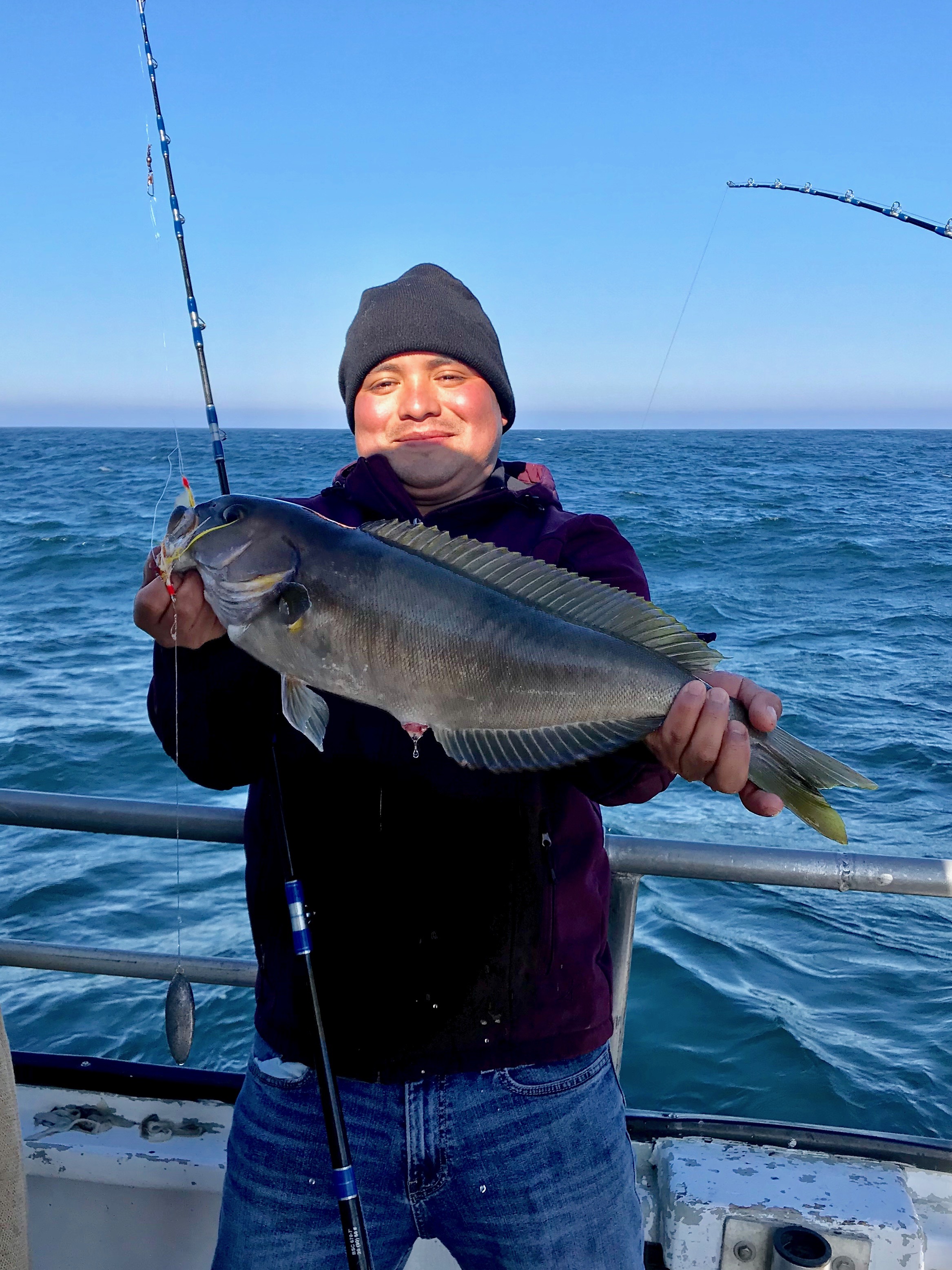 Another great day of fishing. Today, trusty Deck hand Monty and I had a blast fishing with Mike and all the guys from River view farms from Salinas. First thing in the morning Amber and Katlyn were just about to finish checking in the charter when suddenly the Fish and Game licensing system went down… ugh! Unfortunately that caused a delay in our departure time, but everybody was still positive and ready to go when the system started working again. We headed down the coast with fair weather, high hopes and empty bags. After a couple of hours of traveling we arrived at our destination. As soon as the lines hit the water, the fish were biting anything we put in front of them. Nice blues and yellows were coming over the rails two at a time and the guys who got past the schools were pulling in a coppers or vermillions pretty consistently. Aaron, fishing the stern of the boat pulled in one of the biggest ocean whitefish I’ve ever seen and almost immediately after I told him how rare they were, boom… two more fat slob white fish come flying over the rail. We ended the day with great quality fish, big bags and big smiles. I’m looking forward to seeing all the guys from River view farms on the next charter.

– Captain Danny for the Sur Randy